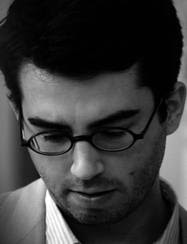 I absolutely loved Everything is Illuminated by Jonathan Safran Foer, which was his first novel and so I decided to read this one as well...

Safran Foer is a very creative and original writer and in this book, he includes photographs, fingerprints, and all kinds of graphic additions to illustrate the story, which is about 9-year-old Oskar and his search for the lock that fits a key he has found in his father's closet.

Oskar's father died in 9/11. He was on the top floor of the World Trade Center and Oskar suspects that he jumped from the top of the building, but does not know for sure. The uncertainty haunts him and he struggles to come to terms with losing his father. He feels that he must solve the mystery of the key in order to make some sense of his father's death.

At the same time, the story is about Oskar's grandmother and grandfather, and their very difficult relationship which stems from their having both been in the bombings in Dresden during the Second World War and the losses they suffered back then. This is a theme that is central to his first novel and is of great interest to me, after having done a lot of genealogy research on my own immigrant ancestors: how do people move on with their lives in a brand new country after having suffered so much in the old country? How does the past continue to affect us in the present, and how do the traumas get passed down to later generations?

Just as Safran Foer was brilliant in his first novel with the voice of the Ukrainian translator, he is brilliant here as well with Oskar's voice, a very intelligent but troubled child, as well as his grandmother, a loving and slightly neurotic older German woman. It is wondrous to me how he does this so well and makes his characters so real. And just as in his first novel, the side characters get just as much attention to detail and love from the author to make them pop right off the page. The writing is breathtaking and the story is very moving.

The only character I felt that got a little bit ignored was that of Oskar's mother, but towards the end of the book you realize that she has been looking out for Oskar all along, while trying to give him space to grieve, and deal with her own grief at the same time.

I would definitely recommend this beautiful book, just as I highly recommend his first novel, Everything is Illuminated and his recent non-fiction book, Eating Animals.