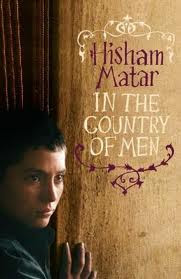 The weekly literary supplement in our newspaper tipped me off to this book. Because of the current events in Libya and the fact that the author has a new book out (Anatomy of a Disappearance, published March 2011), there was a two page article on him. This novel was his first novel and I was lucky enough to be able to find it, in the original English, in our library.
Hisham Matar was born in 1970 in New York City, to Libyan parents. His father was a member of the Libyan delegation to the UN. When Hisham was three they moved back to Tripoli, where he spent his early childhood. In 1979 his father was accused of being against the Qaddafi regime and the family had to flee, to Egypt. He finished his secondary education in Cairo and then went to the UK for university studies in architecture.
In 1990, Matar's father was kidnapped in Cairo and has been missing ever since. Two letters the family received seem to indicate that his father was being held prisoner in Tripoli. The last news they had was that he had been seen alive in 2002.
Matar began writing In the Country of Men in 2000 and it was published in 2006, and nominated for the Booker Prize.
The novel is written in the first person from the point of view of Suleiman, a nine-year-old boy who lives with his young mother and older father in a residential area of Tripoli. He does not understand why his father disappears for days at a time, nor does he understand why his mother gets "sick" when his father is gone and drinks a foul smelling "medicine" she buys clandestinely from the baker. Suleiman is an observer and relates to us the smells, colors, and feelings he has in his daily life, while all around him the political situation creates a feeling of quiet menace and danger.
It is clear that Matar's own experiences and observations as a child for the basis for this book, and when you read the description of how Suleiman and his mother watch a neighbor tried and executed on Libyan television, it is obvious that something very similar was witnessed by the author, as it is impossible to imagine someone could make it up. The book is a fascinating window into how it was to live under the thumb of the Qaddafi regime.
At the same time, however, the book is a coming-of-age story of a young man who learns that his parents are not infallible, and how even though he escapes by moving to Egypt, there is always a link to his homeland because his family is still there. The book is also in part the story of Suleiman's mother and her oppression as a woman in a male-dominated society. There is a parallel to be found between the way Qaddafi oppresses the citizens of his country and the way the father and brothers of Suleiman's mother dominate and oppress her. She has no choice and behaves in the book like an animal cornered, self destructing through alcohol addiction as her only escape.
This is an extemely well-written book that opened my mind to a people who having been living for 42 years under oppression. It also reminded me how universal the job of being a mother is, and how difficult it is to get it right.
Posted by Amy at 1:42 AM 4 comments: 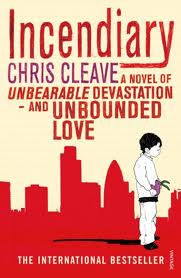 The subtitle to this book is "A Novel of Unbearable Devastation and Unbounded Love". This phrase immediately made me think of the book Extremely Loud and Incredibly Close by Jonathan Safran Foer, also published in 2005. But there are more similarities to these novels: both tell the story of a survivor of a terrorist attack in a large city, and how this person deals with the loss of someone they loved.

In Extremely Loud and Incredibly Close, the story is about Oskar, a 9-year-old boy, whose father dies in the September 11 attacks in New York City, and how Oskar deals with this afterwards. (I loved this book and recently blogged about it here.)

In Incendiary, the story follows a young working class mother in London, who loses her 4-year-old son and husband in a fictional terrorist attack during a soccer match between Arsenal and Chelsea. We never learn her name, as the entire book is a letter she is writing to Osama Bin Laden, trying to convince him to stop bombing by showing him how much she loved her little boy. The bulk of the book is her story of how she tries to live after the attacks.

She spends weeks in the hospital, she becomes wrapped up in a sick relationship with a wealthy journalist and his girlfriend, she seems to get back on her feet by taking a job with her husband's old boss at the police, but just seems to keep getting kicked down again. As the novel progresses and her circumstances get worse, she sinks further and further down into desolation, and ends up seeing and talking to her deceased child nearly all the time, which are the most difficult scenes to read, extremely heart wrenching.

The terrorist attacks not only devastate the narrator's life but it also changes the way of life of the whole of London, and this is very realistically portrayed - as a reader, especially if you've ever been to London, you can easily imagine all the paranoid measures that are taken to protect the population. Tragically, the day Incendiary was released was the day of the terrorist bombings in the London underground in July 2005; the author talks about the novel and this horrible coincidence here.

This is a very gritty and dark novel. Where Incredibly Loud is poignantly hopeful and where Oskar is surrounded by people who do love him and want to help him get over the loss of his father, in Incendiary, we feel the complete hopelessness of the narrator and how alone she is - the few people in her life who seem to care about her are actually selfishly using her. She somehow manages to carry on, but as I finished the book I felt sad and deflated for her; she is physically alive but the magnitude of her loss will surely continue to pull her down. I can only think about the Japanese survivors in those towns that were completely washed away by the tsumami last week - how do you rebuild your life after everything is taken away from you?
Posted by Amy at 12:25 AM 1 comment: 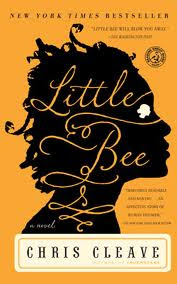 I finally found this novel in my library under its UK title "The Other Hand". I read it in one day, unable to put it down until I found out what happened to Little Bee, the young Nigerian girl who is seeking asylum in Britain.

Little Bee's story is heartbreaking. We have an asylum center not far from us here in Belgium, and it is regularly in the news - and it is such a shame that we are unable to figure out how to help the people who come to Europe seeking a better life. It often makes me think of the European immigrants who went to North America at the end of the 19th and beginning of the 20th centuries, who were seeking the exact same thing - hope for a better life. I always think that none of them would have undertaken the journey and the suffering that in itself entails, if their situation in their home country wasn't truly desperate.

Little Bee was also in a desperate situation and did what she had to to save her life. She is an amazing heroic character. I found myself disliking the character Sarah, the English woman who tries to help Little Bee. Even more than that, I hated her lover, Lawrence. At a key moment, when Sarah unthinkingly asks Little Bee to phone the police when her son is missing, Lawrence is instantly aware of the consequences this will have for Little Bee and he fails to step in. He could have so easily made the phone call in her place, and he did nothing.

This novel is eye-opening and confrontational for those of us who live easy lives in countries that attract refugees and asylum seekers. Are we like Sarah, naive and unaware, or like Lawrence, aware but unwilling to do anything?
Posted by Amy at 12:59 AM 3 comments: